ProDec application would employ either steam circulation or soaking technique for decon activities depending on the target unit and facilities configuration. Pressurized steam will be used as a media to carry out the decon works. In order to facilitate the decon works and minimized the complexity of the decon activities, ProDec application has been designed to follow on site plant's steaming route and procedures. The decon shall start with the preparation of ProDec well before the actual job, with sludge sample taken from the equipment to perform decon works. This is the ensure that ProDec will be fully optimized for the requirement. The period of circulation required depeds on the ProDec ratio and the right operating temperature. Generally ProDec is applied by circulation technique for a period between 8-12 hours. In normal practive for a CDU, ProDec is injected through stripping steam line and at several identified point at the column and associated loops. A concenptual diagram of ProDec decon application on CDU is shown below: 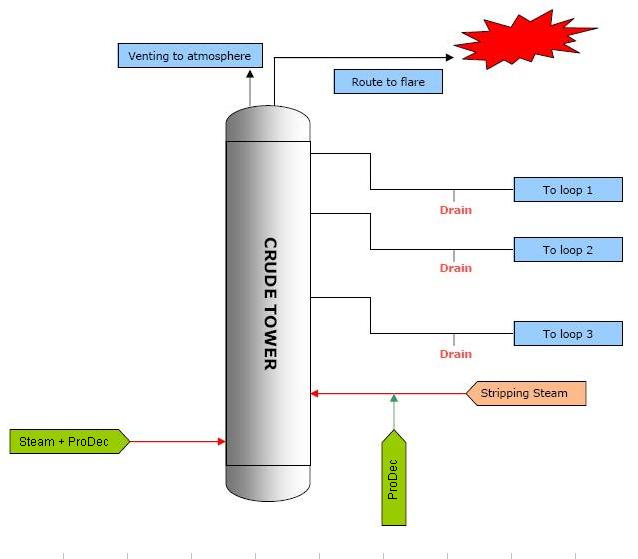